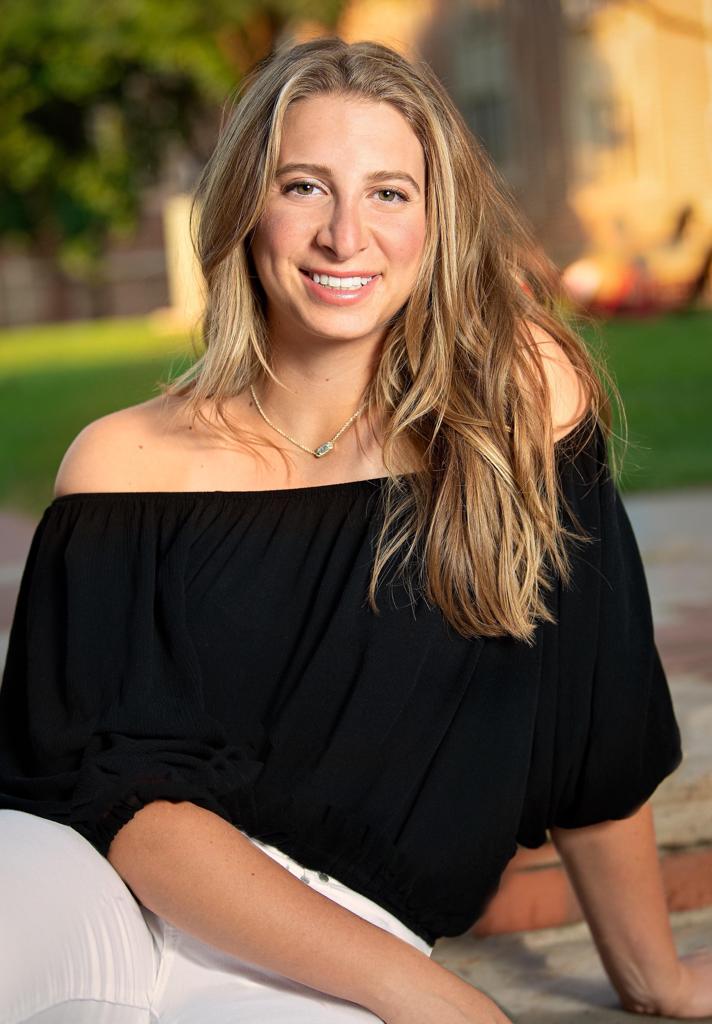 The Steinmark Award honors Freddie Steinmark, who excelled in football, basketball and baseball while attending Wheat Ridge High School in the early 1960s. Steinmark also was an outstanding student and was active in several school and community-oriented endeavors before attending the University of Texas, where he helped the Longhorns to the national football title in 1969. Steinmark died from cancer in 1971 at age 22.

One boy and one girl will receive the Steinmark Award and these final recipients will be selected by a committee of athletic directors, coaches, and former Steinmark Award winners.

Congratulations to Amanda Licht from Kent Denver HS and Dallas Macias from Regis Jesuit HS as the 2021 recipients of the Steinmark Award--the most prestigious award for a senior student-athlete in Colorado. 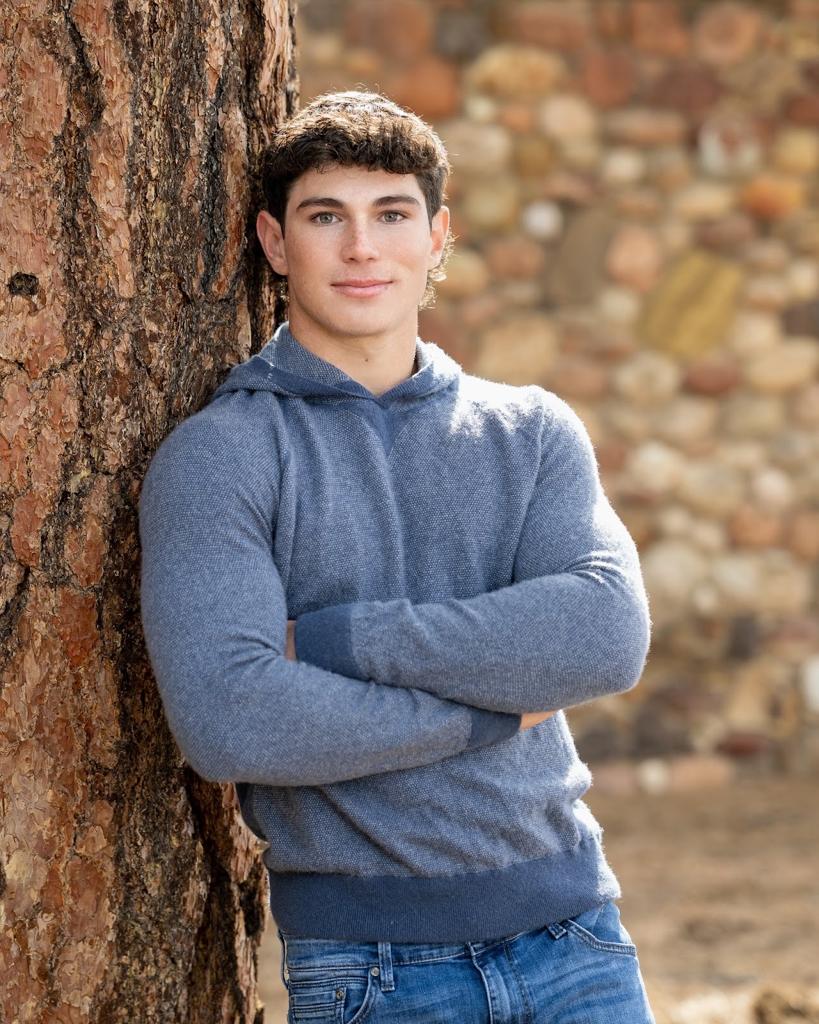 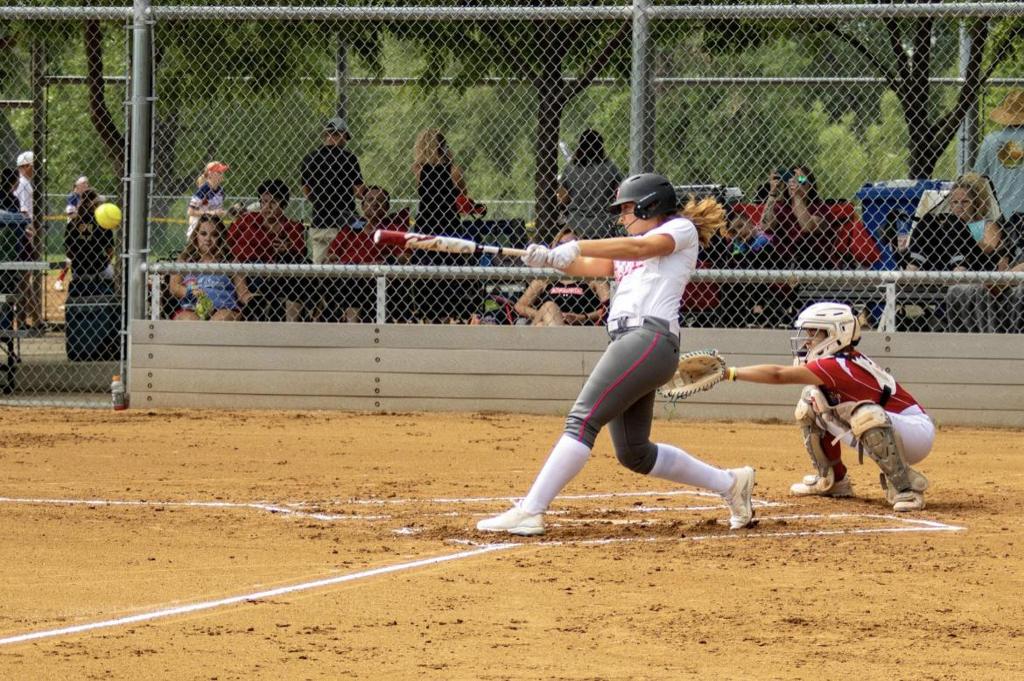 Amanda Licht not only excelled at multiple sports, but did so at two different schools. The three-sport Kent Denver student and University of Wisconsin Softball commit began her school year leading the Cherry Creek softball program, where she was a first team All-State selection, as well as the Centennial League Player of the Year. In the winter season, Amanda returned to Kent Denver for basketball where she was a four-time Metro League All-Conference selection while also earning All-State Honors. In the spring, she finished her year in the track program where she set multiple school records and received All State honors in both the Shot and Discus at the state track meet.

Amanda was thrilled about being named the 50th female winner of the Freddie Steinmark Award. She had learned about the Steinmark Award initially through her dad, and then by watching the film, “My All American” about Freddie’s story. When informed that she had won the award, she exclaimed, “Wow, this is incredible, I have chills, this is crazy. Freddie’s story is so inspiring and I am proud to be associated with his legacy.”

Amanda’s athletic accomplishments are many throughout her three sports. She led Cherry Creek on the diamond with a .517 batting average and 1.069 slugging percentage. Although coming from a different school she fit right in and connected with the team at Cherry Creek. Coach Pablo Severtson stated, “She makes us all better players. She has that special quality about her that brings people together.” Her success led her to being named the Centennial League Player of the Year, 1st Team All State, and signing with the University of Wisconsin during the fall season. On the court, she helped lead Kent Denver to a 14-9 mark and averaged over 16 points per game to earn her fourth straight Metro League All-Conference honors and Honorable Mention All-State selection. She completed her career with over 1146 points, 368 rebounds, 157 assists and 125 steals.  While balancing her club softball team in the spring, she continued with her fourth year of Track and Field as captain, and completed her high school career finishing 2nd in the state in Shot Put and 4th in state in Discus.

Amanda takes pride in being a leader and doing things the right way to set an example for all those around her, much like Freddie Steinmark did during his time at Wheat Ridge High School. She stated, “I’ve had the privilege of being chosen a team captain in all three of my sports. Being a leader is more than the title; it is about influencing teammates and younger athletes how to perform at a high level, all while setting a good example for what it means to be part of the team.” She continued, “Comradery among fellow athletes is not just important on the field, court, or track but in all aspects of life.”  A true sentiment Freddie took pride in throughout his short life.

In the classroom, she approaches her academics at the highest level having received top marks in multiple AP and Honors classes and plans to study Chemical Engineering.  Spanish teacher, Eric Dawson shared “Amanda is like having a young professional in class, she’s poised, practical and mature, yet she is still able to maintain a self-effacing awareness and sense of grace. She approaches new material with fierce logic, doing her best to understand and analyze concepts.”

At school, Amanda is involved in a variety of clubs and activities, including the MidFirst Bank program which is the largest student run bank in America. There she has gained experience as a teller, as well as being the Director of Communications for the bank. She explained, the real-world experience and chance to work with those in leadership positions has been beneficial and a lot of fun.

It’s obvious Amanda keeps a busy schedule but also loves her family time and helping others. She is involved in many volunteer activities, but her favorite is Wish for Wheels where she has spent several summers assembling bikes and actively searching for communities of underprivileged second graders to whom they can donate bikes and helmets. “Nothing is more gratifying to see those kids’ faces light up and provide a resource which will also give them a sense of independence and freedom.”

The Steinmark Award was established in 1972 and honors Freddie Steinmark, who excelled in football, basketball, and baseball while attending Wheat Ridge High School in the 1960s. He was also an outstanding student and was active in several school and community-oriented endeavors before attending the University of Texas, where he helped the Longhorns to the national football title in 1969. Freddie died from cancer in 1971 at the age of 22. Student athletes nominated for the award must be seniors who have maintained a GPA of at least 3.0 and participated in at least two varsity sports, having earned at least All-Conference in one sport and All-State in another.

Amanda is the 50th winner of the girls’ Steinmark Award since it was first presented to girls in 1974. The first girl to win the Steinmark Award was Anne Vento of Pueblo Centennial in 1974. There were two winners of the award in 1984. Dave Logan of Wheat Ridge High School, and now the extremely well-known sports announcer for the Denver Broncos and other sports endeavors, was the first boys’ winner of the award in 1972.

In 2021, Addison O’Grady of Grandview received the girls’ Steinmark and Avery Shunneson of Thomas Jefferson was the recipient for the boys. 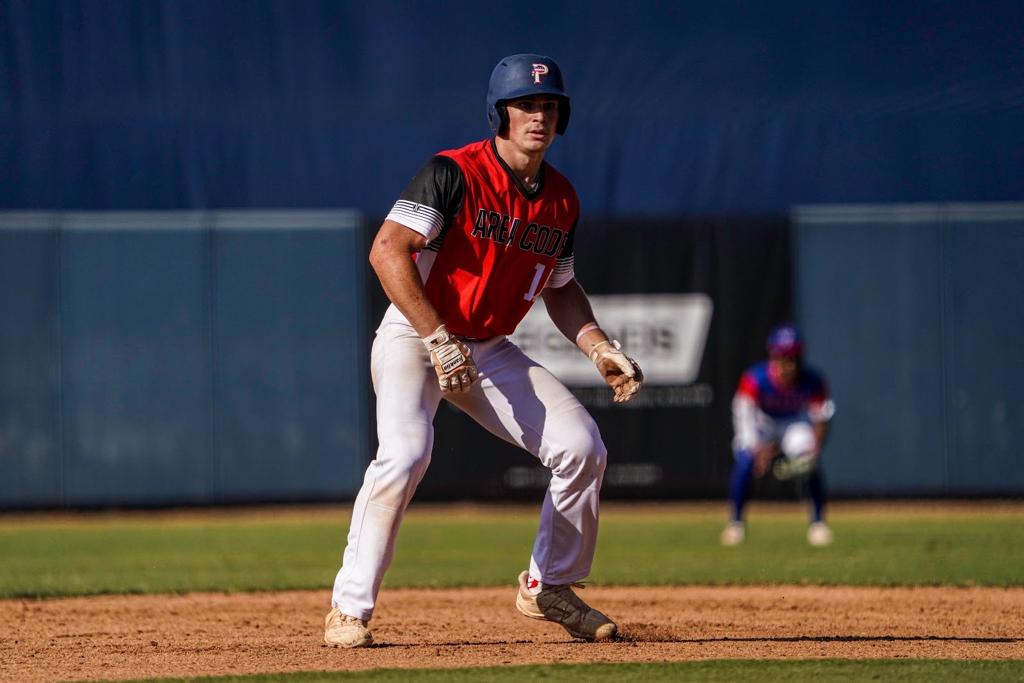 Dallas Macias was ready and excited for a normal season of friends, fans, family, and the energy of competing in high school heading into his senior year. After what he characterized as a weird couple of years, he looked forward to competing with his classmates in both football and baseball. Dallas stepped into the role as a leader and decorated player on the Regis Jesuit football team and continued that leadership with the Raider baseball team, which had a #1 ranking through much of the spring season.

Dallas is the 52nd winner of the Steinmark Award, established in 1972 (there were two winners in 1976 and 1979), and carries on the legacy and tradition of Steinmark Award winners. Dallas learned about the exemplary accomplishments and high character of Freddie Steinmark through his baseball coach Matt Darr. “I was super grateful to have been nominated for such an award and it’s just incredible to have been selected. I’m truly honored.”  Dallas commented in his application letter, “Mr. Steinmark was dedicated to courage and faith, and I believe many great athletes have that in common. The Freddie Steinmark Award honors a man who put his team before himself and lived his life courageously through his faith. Whatever the future holds for me, I will strive to lead and inspire others, both on and off the field much like Freddie did.”

On the football field, Dallas has been an exceptional leader. He was the leading tackler for the Raiders and finished third in state with 121 tackles. Macias spent time on offense as well, compiling 347 receiving yards. He scored touchdowns via receiving, interception, and punt returns while leading the team to an 8-4 season. He was first team All-Conference three times while also receiving All-State recognition. Dallas was a finalist for the prestigious Gold Helmet Award which embodies excellence on and off the field.

In the spring, Dallas moved over to the diamond and was at the top of the class for the state. Macias was a first-team preseason All-American and was primed to help his Regis team make a run at the state title. He steered his team to a 23-5 record and the number one seed in this year’s state baseball tournament. Although they came up short, he characterized his season as incredible and loved playing with his teammates and for his coaches. His individual accomplishments on the field were many. He led the team with a .522 average which included 17 doubles, eight home runs and 31 RBI’s. He has committed to one of the top baseball programs in the country, Oregon State, and was recently selected as the Baseball Gatorade Player of the Year for Colorado. On committing to Oregon State, he felt it was a perfect fit. He said, “I really got along with the coaches well and could tell they were the right coaches for me. Oregon State is a wonderful school and has a great baseball program and history.” Macias is looking forward to OSU baseball but is also spending time this month at the MLB Draft Combine where he is considered to be a top draft prospect.

Outside of school, Dallas is proud of his time working in the community including volunteering at the Winter Park Bible Sports Camp, the Make A Wish Foundation, where he helped build a skateboard ramp, and Extreme Community Makeover, where he and friends spent time cleaning up communities. “It truly is one of my favorite things I have done these last four years. It makes you feel so grateful for what you have and it is so rewarding to help others. If you can find time to help others, you should, as you never know when you may need help yourself.”

On campus, Dallas excels academically, where he has immersed himself in a well-rounded curriculum including Calculus, Computer Programming, Forensic Sciences, and Honors Spanish courses. He is also a leader within his school. As a member of Captain’s Club, he collaborated with leaders from across the school on the mental health of students and how to better connect all students in the Regis Jesuit community. Dallas also received the schools’ Lou Kellogg Award for top athlete, and the Raider Man Award, which is given for the top all around person representing the Regis Jesuit way.

Each story shared by his teachers and coaches referenced more about Dallas’ character and work ethic than his accomplishments. Coach Tyler Robbins shared, “Dallas Macias is a young man that possesses the same spirit Freddie Steinmark possessed. He is a young man who academically excels, he is a man of high character and faith, and he is a young man who I am proud to be affiliated with. While there are abundant athletic accolades I could say he received, and divulge his incredible baseball statistics from this season, I am prouder of who Dallas is personally and how he impacts the people around him- more than any athletic feat I could put on this paper.”

The Steinmark Award was established in 1972 and honors Freddie Steinmark, who excelled in football, basketball, and baseball while attending Wheat Ridge High School in the 1960s. He was also an outstanding student and active in several school and community-oriented endeavors before attending the University of Texas, where he helped the Longhorns to the national football title in 1969. Freddie died from cancer in 1971 at the age of 22.

In 2021, Avery Shunneson from Thomas Jefferson received the boys’ Steinmark and Addison O’Grady of Grandview was the recipient for the girls. The Colorado High School Coaches Association is proud to be the sponsor of the Freddie Steinmark Award and congratulates the athletes, and their coaches, who were nominated for this award.